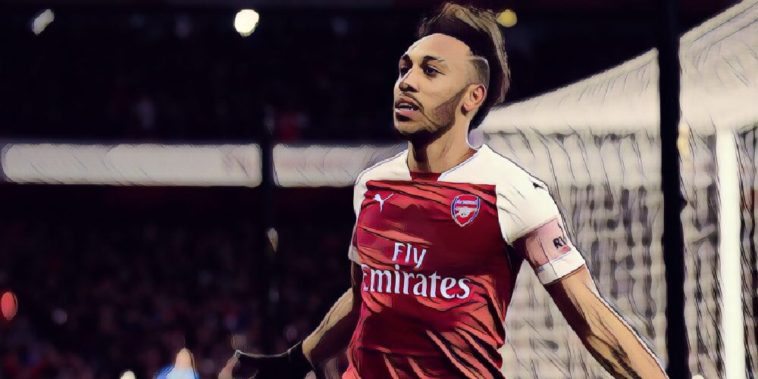 Arsenal striker Pierre Emerick Aubameyang is confident his side can kick on and finish in the top four this season after the Gunners beat rivals Manchester United 2-0 today at the Emirates.

Unai Emery’s Arsenal side began the game at a higher intensity then Ole Gunnar Solskjaer’s men, who were perhaps jaded from their Champions League exertions in Paris in midweek, and the home side deservedly took the lead after 12 minutes when a long-range Granit Xhaka wrong-footed the normally reliable David De Gea.

Manchester United started the second period in much better fashion and it seemed likely that they would secure an equaliser, but Bernd Leno was impressive all day in the Gunners goal and thwarted in-form striker Romelu Lukaku from close range.

Despite United putting his side’s defence under pressure, Emery kept three forwards high up the pitch, and his brave tactical approach would pay off when Fred was harshly adjudged to have taken down Alexandre Lacazette in the area.

Aubameyang would step up and right the wrongs of his North London Derby penalty miss against Spurs last week, confidently slotting the ball past De Gea and sealing all three points for his side.

Speaking after the game Aubameyang praised his sides spirit and admitted him and his teammates are keen to finish in the top four and secure Champions League football next season.

“I made a mistake against Tottenham and I missed it, but today I was focused and scored a penalty,’’ Aubameyang told Sky Sports.

“You have to practice this all the time and I did. I knew it would be tough, but I was really confident.

“The spirit of the team was good. We have everything in our hands and we know it will be tough to finish in the top four, but we are confident – it was important to win this game today and we have chances.

“We have a good spirit and we are hungry – we want to come back into the Champions League.”