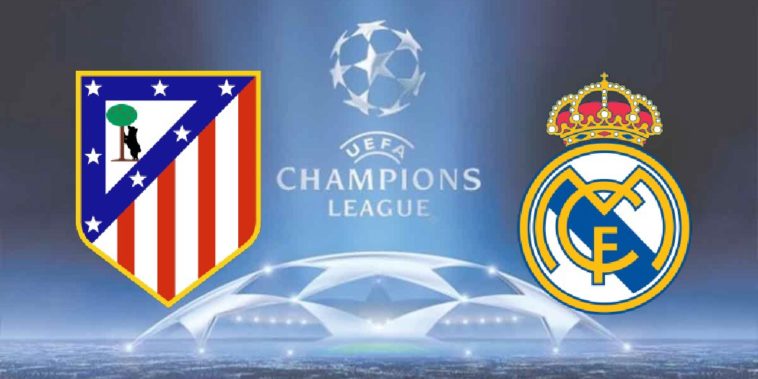 Atletico look to achieve a spectacular comeback against a resilient Real Madrid squad in the second leg of the Champions League semi-final at the Vicente Calderon.

Atletico come in to this game off the back of a narrow 1-0 victory over Eibar, having won 3 out of their past 5 games, losing to Real and Villarreal. Los Rojiblancos were disappointing in their win against Eibar at the weekend, having no shots on target in the first half and finishing the game with 10 men, after Diego Godin was sent off.

Real on the other hand, have won 4 of their past 5 games, scoring an impressive 17 goals in the same period.

An extremely close La Liga title race means that Los Blancos need to give all they’ve got to ensure they win their first league title in 5 years.

Real Madrid will remain without Welsh winger Gareth Bale. First choice right-back Dani Carvajal is out with a hamstring injury which could see him out for the rest of the season. Experienced central defender Pepe is doubtful for the match. Isco is predicted to start and benefit from Bale’s absence. Either Danilo or Nacho will take Carvajal’s place in the starting line-up.

Atletico are without any of their right-backs. Uruguayan defender Jose Gimenez who has filled in at the role, is also out injured. Frenchman Lucas Hernandez is expected to start.

Real Madrid, with their three-goal cushion are clear favourites at 13/8. Atletico are priced 6/4. Draw at 13/5

Los Blancos are firm favourites to qualify and go through to their second successive Champions League. An impressive performance at the weekend and well rested players means that Real are in pole position to qualify.

On the other hand, Atletico have a mountain to climb. Not only to they have to score four goals, they have to shut out Real’s lethal attack force. An unsatisfying performance at the weekend puts Atletico in a sticky situation. The freshness of the players will also be interesting to see.

It will be very interesting to see how the game pans out, despite having a near impossible task, Atletico are indeed capable of accomplishing it.

Regardless, I see Real winning 2-0 and moving forward in their quest to retain the Champions League title.