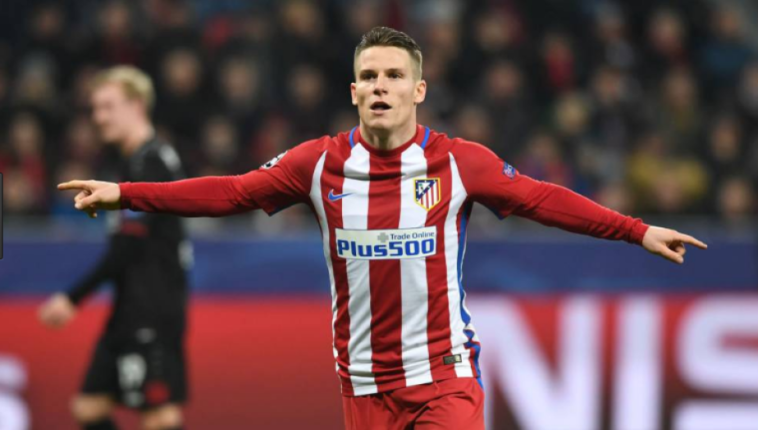 Atletico Madrid striker Kevin Gameiro is one of the targets on the radar of Everton according to the latest reports.

The 30-year-old spent time at Strasbourg, Lorient and Paris Saint Germain, before making a move Sevilla back in 2013, where he really went on to make a name for himself.

During his time at the Ramon Sanchez Pizjuan stadium, Gameiro scored 67 goals in 144 appearances, as well as helping the La Liga club lift the Europa League title in each of his three seasons at the club. He earned himself a €40m move to Atletico Madrid last summer but has now slipped down the pecking order behind Antoine Griezmann and Luciano Vietto. This, combined with the imminent arrival of Diego Costa from Chelsea could mean that Gameiro could be surplus to requirements.

Everton boss Ronald Koeman has been looking to add a new striker to his squad since the departure of Romelu Lukaku to Manchester United. However, after failing to land Olivier Giroud, Diego Costa, or any other strikers, Koeman has had to resort to former outcast Oumar Niasse in recent weeks.

According to the Daily Mirror, the Dutchman has sounded out the possibility of signing Gameiro in January in a move which would give the Toffees significantly more fire power.

A deal to take Gameiro to Goodison Park could be on an initial season long loan, or on a permanent deal worth around £20m.

Everton have also been linked with making another move for Olivier Giroud for around £40m.