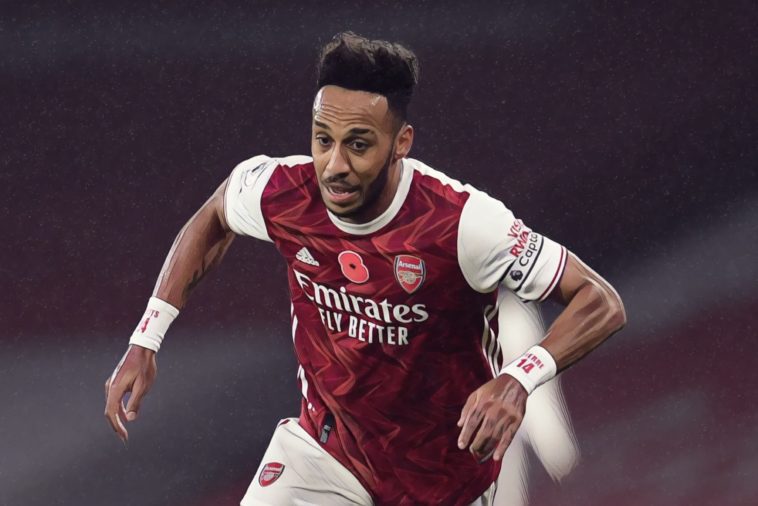 Mikel Arteta admits misfiring Pierre-Emerick Aubameyang is not ‘undroppable’ but says the Arsenal forward is working hard to rectify his current goal drought.

Aubameyang has endured a disappointing start to the season and has scored just twice in 11 league appearances so far this season, whilst he has failed to find the net from open play since the Premier League’s opening weekend against Fulham.

Arteta has since moved the 31-year-old back into a centre-forward position but it has so far failed to help Aubameyang rediscover his finest form, the Gabon international having scored 20+ league goals in each of the past two campaigns.

Aubameyang’s form has contributed towards Arsenal suffering their worst start to a season in 45 years with the Gunners currently languishing in 15th in the Premier League at present.

Arteta has warned that no player is a guaranteed starter in his side but has urged perspective when it comes to Aubameyang’s barren run, pointing to the club captain’s previous exploits and insisting the star is working hard to revive his fortunes.

“No one is undroppable at the end of the day,” Arteta told a press conference ahead of his sides final Europa League group stage game against Dundalk.

“You have to find the right players to win football matches but we cannot forget what Auba has done for this club and what he’s done in recent months – not years ago.

“And as well because I see how he is training, how he is behaving and how much he wants to turn the situation around.

“When I see that type of hunger I stay as a strong supporter to a player when he is established in the team and the performances that he has provided.

“Auba was one of the main guys there and today he was walking the place with an energy that wouldn’t be associated to a team or a player that is suffering at the moment and this is for me the way we have to approach it.”

Arteta also discussed Aubameyang’s role and style as captain with Arsenal having won just once in their past six Premier League fixtures, with the Spaniard confident the forward would voice his opinions to the dressing room if he thought necessary.

“If necessary he would do it but I think he transmits his energy, his desire and his commitment to the team in different ways.”