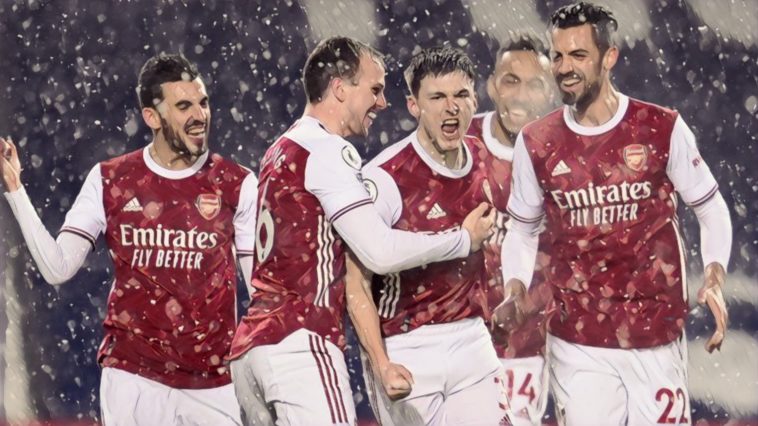 Arsenal take on West Bromwich Albion at the Emirates this weekend, the visitors still scrapping for their lives to try and avoid the drop.

Here’s all you need to know about Sunday’s Premier League clash:

After two disappointing results in the league against Fulham and Everton in recent games, the Gunners bounced back in fine fashion with a dominant win over an in-form Newcastle United side at the weekend.

Mikel Arteta’s men had gone into the match having failed to win any of their last three games in all competitions, including their 2-1 Europa League first-leg semi-final defeat to Villarreal, yet took control at St James’ Park, with goals from Mohamed Elneny and the returning Pierre-Emerick Aubameyang securing all three points.

That result ensured that the Magpies will have to wait a little longer to secure their Premier League status, while it moved Arsenal up to ninth, albeit just a point ahead of Aston Villa in tenth, who have also played a game less than the north London club.

Such a lowly league position has heightened the need for a squad revamp this summer, although the potential funds on offer could be impacted by the ownership situation, with Spotify founder Daniel Ek still seemingly intent on replacing Stan Kroenke as the club’s owner.

Amid a difficult campaign, the Europa League has often been a source of solace for the Gunners, yet their hopes of winning the competition and securing Champions League football next season were ended on Thursday night, as they crashed out of the competition following a second-leg goalless draw to Unai Emery’s Villarreal.

One brighter note from that tepid display was the return of Kieran Tierney from injury, although the Scotland international was only handed a late call-up to the starting lineup after Granit Xhaka pulled up in the warm-up.

It would appear that the Baggies are destined for a swift return back into the Championship after their recent draw with Wolves all but sealed their fate in the bottom three.

Sam Allardyce’s men had been in good form of late, yet after slipping up late on against Aston Villa last week, they were once again denied all three points at the Hawthorns on Monday night, playing out a 1-1 draw with Nuno Espirito Santo’s side.

The visitors had taken the lead on the stroke of half-time through a rather fortuitous effort from teenager Fabio Silva, before January signing Mbaye Diagne continued his excellent impact with a bullet header midway through the second-half.

While they’ve now picked up two wins and two draws from their last five league games, that improved form looks to ultimately prove in vain, with the club now ten points from safety with just four games left in the season.

That has left Allardyce’s effectively needing to win every game and hope that the likes of Newcastle and Burnley drop points, although with a tough run of fixtures to come for the Baggies, such a scenario seems highly unlikely.

As for this weekend’s must-win game, the Midlands club will be without versatile midfielder Ainsley Maintland-Niles, the England international ineligible to face his parent club.

It was a wholly one-sided affair when the two sides last met back in January, with Mikel Arteta’s side romping to victory at the Hawthorns.

The visitors took the lead through a stunning solo strike from Kieran Tierney, before Bukayo Saka rounded off a beautiful team move to put his side 2-0 at the break.

That lead was then extended on 60 minutes as Alexandre Lacazette fired home from close range after a penalty area scramble, before the Frenchman added his second of the night just four minutes later, the unmarked forward turning home after a fine ball in from Tierney down the left.

That thumping win ensured a third successive Premier League victory for Arteta’s young side, while it also meant that the Baggies had conceded 12 goals in the first three home league games under new boss Sam Allardyce.