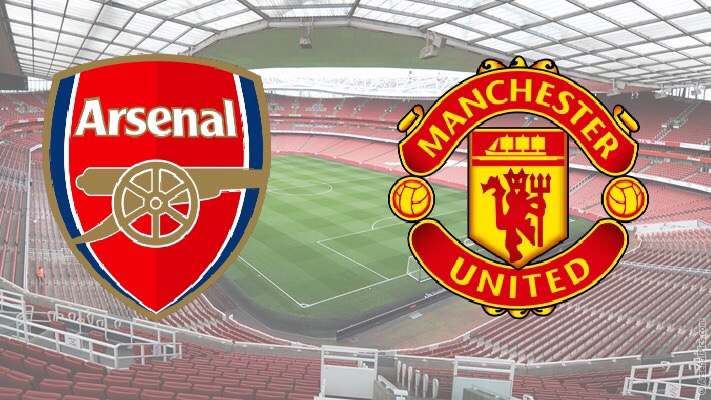 With both sides sitting outside of the Premier Leagues top four going into this match, both sides will desperately want to win to keep their Champions League ambitions alive.

Arsenal go into this one five points behind their visitors albeit with a game in hand. With two defeats in their last five fixtures though and their Champions League hopes looking a like they are at the top of a very high mountain, it is yet to be seen how the players will turn up mentally.

The Gunners looked toothless in their recent London Derby defeats away against Crystal Palace and most recently Tottenham.

Manchester United on the other hand are still on their massive, yet not so impressive unbeaten run. Their away form is significantly better than that at home with them beating Burnley and Celta Vigo in their last two away outings.

Midfielder Granit Xhaka is a doubt for Arsenal after getting a kick to the calf.  Shkodran Mustafi is back in full training whilst David Ospina is fully fit again.

Manchester United’s injury worries eased slightly in midweek with the return of Paul Pogba, Juan Mata, Chris Smalling and Phil Jones. Ashley Young is however injured after picking up a knock in Thursday nights win in Spain. Marouane Fellaini, who played on Thursday, is suspended.

Jose Mourinho has suggested he will rotate his squad as he prioritises the Europa League return next week, but whether this is mind games with his old foe Arsene Wenger is yet to be seen.

With Arsenal being at home and fresher, they are the clear favourites for this at 19/20. Manchester United are priced 3/1 with an enticing draw being available at 13/5.

Alexis Sanchez is 5/4 to score anytime, Wayne Rooney is 9/4 whilst Anthony Martial is 3/1 in the same market

A tough one to predict. Arsenal are fresher but seem to have gone off the boil lately and have all but given up in certain games.

Manchester United have proved themselves difficult to beat, but are suffering with high levels of fatigue since playing ten matches since the start of April. It depends on how heavily Jose rotates his squad to see on the quality/freshness of the players involved.