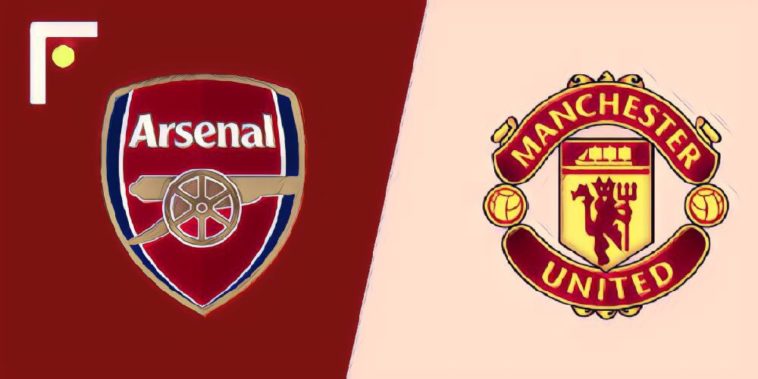 A huge clash in the race to finish in the Premier League top four, just one point separates the sides as Arsenal host Manchester United on Sunday.

Ole Gunnar Solskjaer’s visiting United side will be in buoyant mood following their stunning comeback win against PSG in the Champions League in midweek, whilst Unai Emery’s Arsenal will be looking to avenge the humbling 3-1 FA Cup defeat to United at The Emirates in January.

Here’s all you need to know about this weekend’s crunch clash.

Alexandre Lacazette has been in terrific form of late, scoring six goals in his past nine appearances, and it remains to be seen whether Emery opts for the Frenchman alongside or instead of Aubameyang.

Aubameyang, Arsenal’s top scorer with 16 league goals this season, was left out of the starting XI last weekend.

The duo have formed a promising on-field partnership, and whether the Spaniard opts to start the forwards as a pair may be telling of his approach to the game against their in-form opponents. Lucas Torreira will miss out through suspension following his dismissal against Tottenham.

Manchester United’s renaissance under Ole Gunnar Solskjaer continues with Wednesday’s shock win in Paris his latest success. The Norwegian is unbeaten domestically since replacing Jose Mourinho in December, with his appointment as permanent manager now surely a formality.

Paul Pogba will return to the United side having been suspended in midweek, whilst Romelu Lukaku is in blistering form having scored six goals in his past three games in all competitions. Injury problems have seen Solskjaer turn to youth in recent weeks, with Tahith Chong and debutant Mason Greenwood featuring in France on Wednesday. Jesse Lingard, scourge of the Emirates in recent times, will again miss out through injury.

What TV channel is Arsenal v Manchester United on?

Despite the side not having lost in the Premiership in December, and already knocking the Gunners out of the FA Cup, sites like SBD are favouring Arsenal to win outright over the in-form United.