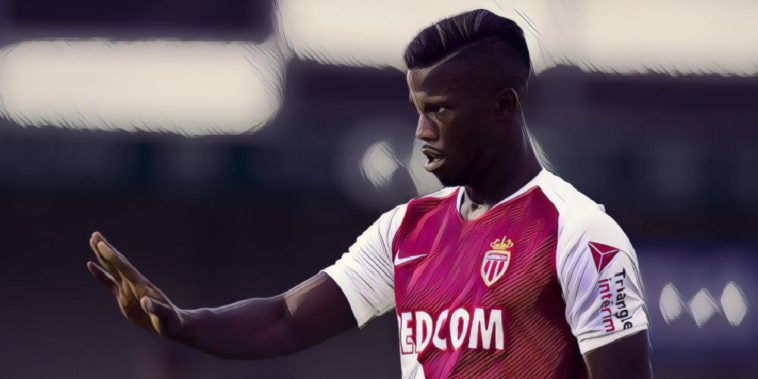 Arsenal are allegedly ‘monitoring’ Monaco forward Keita Balde, who is apparently keen on a move to the Premier League.

After missing out on Champions League football for a third successive season, Unai Emery is being tasked with overseeing an Arsenal rebuild on a shoestring budget, believed to be worth around £40 million, plus whatever they can raise through player sales.

They have already been told that they must pay £25 million if they want to sign Celtic left-back Kieran Tierney, and have also been told that Wilfried Zaha will set them back £80 million.

The Senegal international spent last season on loan at Inter Milan, scoring just five goals and providing two assists in 24 appearances for the Nerazzurri, who have decided not to take up their option to sign him permanently.

According to Sky Sports, Arsenal are now ‘monitoring’ his situation, with the 24-year-old said to be available for between £25m and £28m, and keen on a move to the English top flight.

Balde is currently in action with his national side at the African Cup of Nations, with the Gunners sending a scout to watch him action in the 2-0 win over Tanzania, a game in which he scored the opening goal.

Could Aubameyang be key to unlocking Zaha’s move to Arsenal?