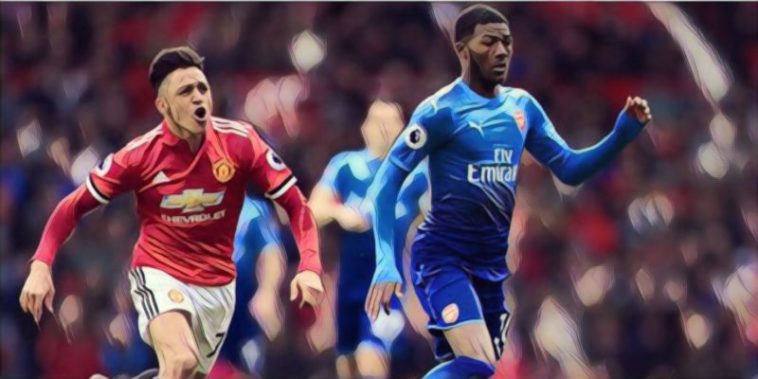 Arsenal star Ainsley Maitland-Niles has apologised to his clubs fans after his side lost 2-1 to Manchester United at Old Trafford yesterday.

The 20-year-old was part of a youthful Gunners side that held their own for most of the game, but ultimately lost to a last gasp Marouane Fellaini header.

Maitland-Niles, who has mostly been used as a left-back this season, put in a hugely impressive display in the centre of midfield.

Speaking after the game the England U21 international was clearly emotional and admitted his regret at his side not being able to hang on for a point for his clubs fans, and also to give their manager Arsene Wenger a positive send off on what was his last time travelling to Old Trafford as Gunners boss.

“It is so unfortunate to fight so hard and then to go down so late in the game. Words can’t describe how we feel right now and apologies to the fans to let them down late on. I love playing centre midfield and to do that for Arsenal at Manchester United in the Premier League is a dream come true.” He told Sky Sports.

“I guess it was a bit nerve-racking for the lads without a full squad, but we knew we had to give the manager a proper send-off and do our best.”