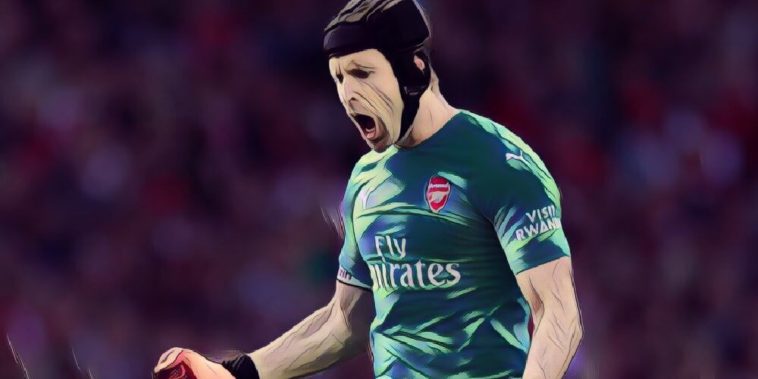 Petr Cech is not expecting an easy time of it when they face Valencia in the second-leg of their Europa League semi-final.

Having fallen behind in the 11th minute to Mouctar Diakhaby, Arsenal quickly turned around the first leg at the Emirates thanks to a brace from Alexandre Lacazette, before Pierre-Emerick Aubameyang netted a 90th minute goal to give them some breathing space.

However, that away goal will still give the Spanish side hope of progressing to the final in Baku later this month, and Arsenal’s cup goalkeeper Petr Cech knows it will be a tough game in the Mestalla.

“During the course of this campaign, we were in this position a few times. We lost away to [BATE] Borisov, so the home leg could have been the last game in Europe for me,” he told the media in the pre-match press briefing.

“Then we lost in France [to Rennes], same thing, this time with Napoli we won at home but we respected the opposition going to Italy. We knew it’d be difficult. I knew it could be potentially the last game for me in Europe.

“We gave ourselves a two-goal cushion, it’s an advantage but not a decisive advantage. There will be ties overturned – football is about that.

“We respect them. Little details decided the first game. We were on the right side, we keep our feet on the ground. It’ll be a hard 90 minutes.”

Cech has featured in the majority of Arsenal’s Europa League games this season, but the arrival of Bernd Leno has seen him lose his position as the Gunners number 1 ‘keeper and looks set to leave the club in the summer.