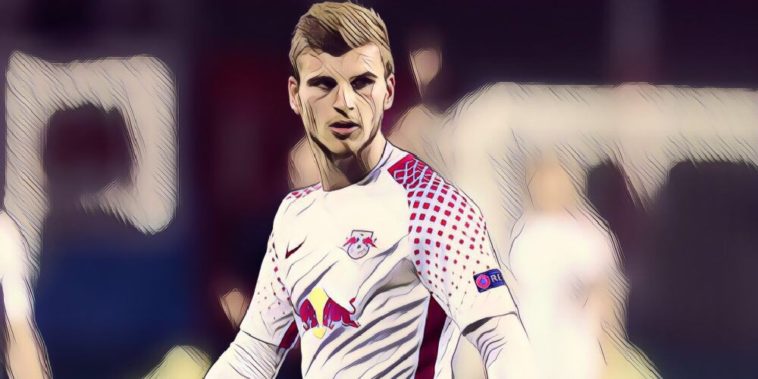 Arsenal have joined Manchester United and Liverpool with having an interest in RB Leipzig’s Timo Werner according to reports in the Sun this weekend.

The German international moved from Stuttgart just over 18 months ago, and scored 21 goals in 32 appearances in his first season with Leipzig, helping the surprise Bundesliga package qualify for this seasons Champions League. He has continued his good form this season, scoring 16 in 29 appearances this term and is attracting attention from a number of Premier League clubs having already rejected a new contract at the club.

While Manchester United have been linked with having in an interest in the German for a number of months, The Sun have claimed that Arsenal have also joined the race to sign the forward, with Liverpool also interested.

However, what I highly doubt that he will be moving to any of those three clubs in the near future, especially not Arsenal. The Gunners have already splashed out £110m to bring Alexandre Lacazette and Pierre-Emerick Aubameyang to the club, so it’s unlikely that they would be willing to sanction the £50m asking price.

Manchester United are also unlikely to sign the striker, despite their interest. They have already signed £75m Romelu Lukaku, as well as bringing in Alexis Sanchez, another player who can play up front even if Zlatan Ibrahimovic leaves the club in the coming weeks. Jose Mourinho has even admitted that he is not looking to sign a striker following the recent speculation.

Liverpool are the most likely to sign Werner in my personal opinion, but he would be direct competition for Roberto Firmino, a player who I believed to be one of the most underrated players in the Premier League.