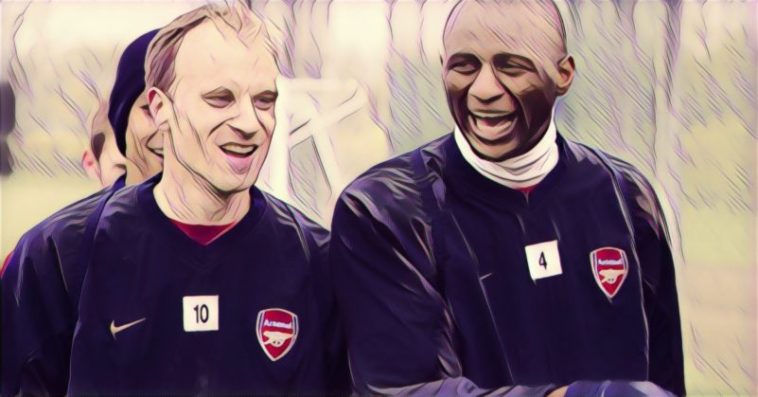 For the first time in 22 years, one of Englands most famous Football institutions Arsenal are looking for a new manager, after the club’s longest serving boss Arsene Wenger announced his decision to step down at the end of the season.

Speculation over who exactly will be the man to take over from Wenger continues to rage, although former Gunners defender Sol Campbell reckons he knows the perfect candidates for the job.

The former England international centre-half, who was part of the legendary “Invincibles,” side has admitted that he thinks his former team-mates Patrick Vieira and Dennis Bergkamp would make the perfect managerial double act.

“I think they should see if they can promote from within. It could be someone who has played for the club and is managing now – or has aspirations of managing Arsenal and would love to take that opportunity,” Campbell told football.london.

“[Mikel] Arteta has gone to Manchester City and has gained fantastic experience, but for me, someone like Patrick would be perfect and he’s great buddies with Dennis Bergkamp so for me, to have those two guys at the helm, I think that could be a really good combination.

“Bring guys who have done well for Arsenal back into the club. Otherwise, people like Carlo Ancelotti – unless he takes the Italy job – he could be a good fit. Then you’ve got [Massimiliano] Allegri and the Germany manager [Joachim] Low.”

TO CHECK OUT THE LATEST ODDS ON WHO IS FAVOURITE TO REPLACE WENGER!