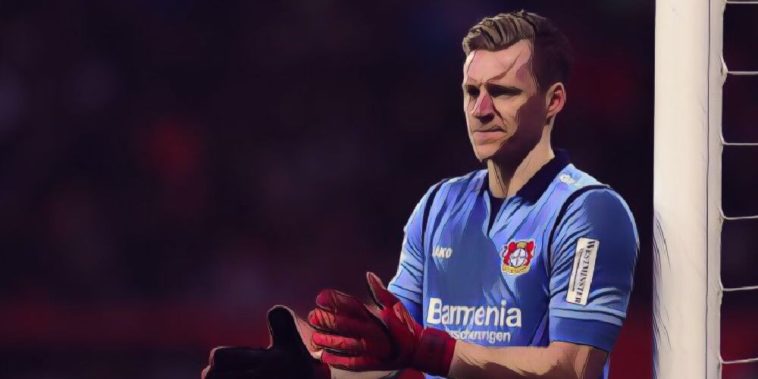 While he may be a Premier League legend, all good things have to come to an end, and when it comes to Petr Cech, it seems career is edging towards its end.

While he recently became the first and only goalkeeper to ever keep 200 Premier League clean sheets, it was actually the first clean sheet that he had kept all year, in a time where some of his performances included some absolute howlers.

While there is no suggestion that he is going to retire this summer, his powers are seemingly in decline, and reports suggest that Arsenal are on the look out to bring in a replacement.

While they have been linked with a number of goalkeepers, including Stoke City’s Jack Butland, The Sun claim that the Gunners have identified Bayer Leverkusen’s Bernd Leno as another potential target as they look replace the Czech international.

The 26-year-old, who is under contract until 2020, is keen to move to a bigger club in a bit to boost his reputation and therefore his chances of challenging for the number one spot for Germany.

Arsenal are hoping that the club’s head of recruitment Sven Mislintat can use his links in the Bundesliga to secure a deal, with Liverpool and Napoli also thought to be interested in his services.