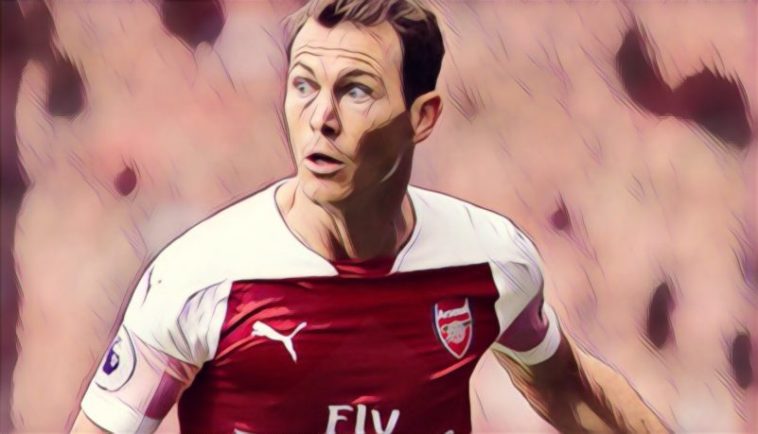 Arsenal defender Stephan Lichtsteiner has revealed that he is hungry to get the Gunners back into Europe’s premier cup competition, the UEFA Champions League.

The 34-year-old Switzerland international has struggled for regular game time since moving to the Emirates from Juventus earlier this summer but is expected to start Arsenal’s opening Europa League fixture against Ukrainian side Vorskla Poltava tomorrow night in North London.

“I am hungry to get back to the Champions League,” he told a pre-match press conference.

“But it is a long way and we have two chances – the Europa League and the Premier League. We want to try as I am sure we want to play Champions League next year.”

Lichtsteiner enjoyed a trophy-laden spell with Italian giants Juve before moving to Arsenal and he has revealed that approaching each competition a club competes in with equal respect is one of the keys to his success.

“One thing I learned with Juventus is to have respect for each competition,” he added.

“I think in football you have to respect all the trophies. Of course, the Champions League is a more glamorous title, but the Europa League is a really good chance for the team, for the club and all the players to win this nice trophy.

“I think for that we have to respect all teams in all competitions to give all games 100 per cent.”