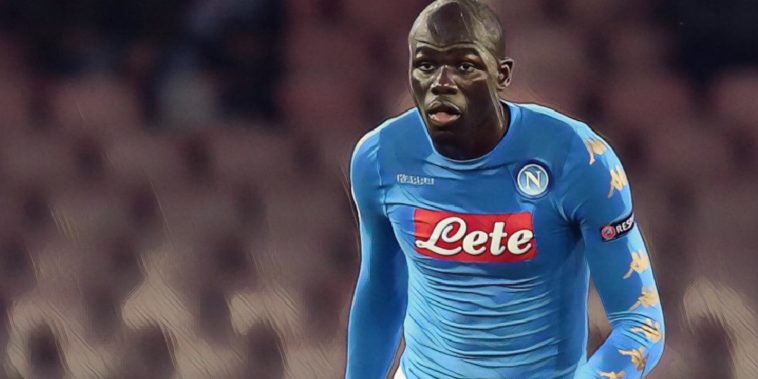 Three of the Premier League’s biggest side’s have been linked with having an interest in Napoli’s Kalidou Koulibaly.

The Senegal international has impressed during his four years in Italy and was linked with a move to Chelsea last summer as Antonio Conte looked to strengthen his defence.

The Blues are thought to be ready to rekindle their interest in the 26-year-old, but according to the Daily Mirror, they could have increased competition for his signature.

The report claims that Arsenal are also eyeing the Napoli defender to bolster their defence, while Manchester United could also be interested in his services.

Arsenal’s defensive struggles have been well highlighted, especially in recent weeks where the Gunners have lost four games on the bounce, including two 3-0 humiliations to the hands of Manchester City.

Meanwhile, Manchester United have a few defensive concerns, with both Phil Jones and Chris Smalling coming in for criticism in recent weeks.

Koulibaly was discovered by former Genk chief scout Roland Janssen, who is now working as a scout at Old Trafford prompting links of United’s potential interest.

It is thought clubs may decide to make their move early in the summer to avoid a the defenders transfer valuation skyrocketing after the World Cup.