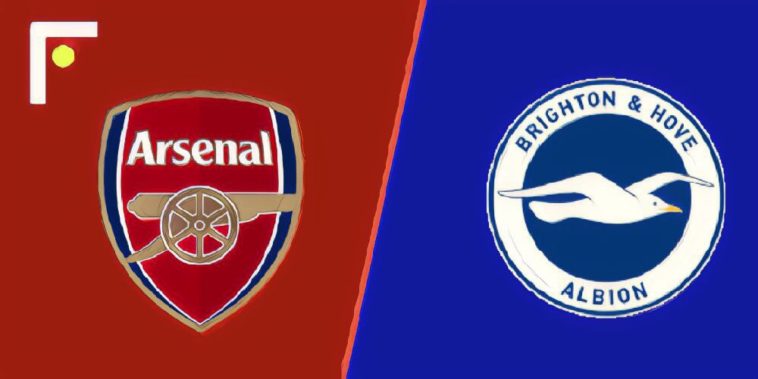 Arsenal host Brighton a the Emirates on Sunday, in a game which could have huge implications at both ends of the table.

Unai Emery’s side have hit a poor run of league form at just the wrong time, losing four of their past five hopes to leave their top four hopes in doubt.

Arsenal require a slip up from Chelsea in the remaining two games to capitalise if they are to return to the Champions League next season.

An alternative route for Arsenal is to win the Europa League, and with the second leg of their semi-final clash to come Emery may shuffle his pack this weekend.

Pierre Emerick-Aubameyang’s late goal saw Arsenal clinch a 3-1 win in the first leg on Thursday night, with Emery now in touching distance from the final of a competition he won three times during his time at Sevilla.

Laurent Koscielny is a doubt having limped off on Thursday with an ankle problem. Aaron Ramsey will also miss the clash after it was confirmed he will miss the rest of the season with a hamstring injury.

The Welsh midfielder has now played his final game for the club, with the 28-year-old leaving to join Juventus this summer.

Last weekend’s draw with Newcastle edged Brighton closer to safety, and Chris Hughton’s side will secure their Premier League safety with a win on Sunday.

Brighton could in fact be safe prior to kick off, should Cardiff fail to beat Crystal Palace on Saturday.

The Seagulls have failed to win a league game since beating Palace themselves on March 9 and will be looking to end that concerning trend at the Emirates this weekend.

Beram Kayal is likely to be fit having recovered from a hamstring problem, though Davy Propper remains sidelined.

Winger Jose Izquierdo has been ruled out with a knee injury.

How can I watch Arsenal v Brighton?