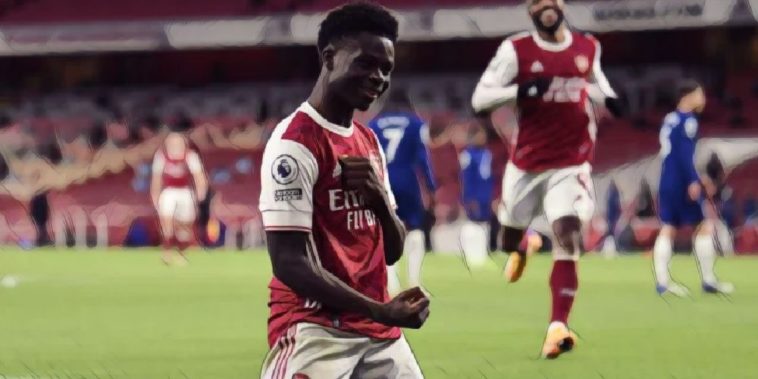 Arsenal host Brighton and Hove Albion on the final day, the Gunners still with faint hopes of qualifying for next season’s maiden Europa Conference League.

Here’s everything you need to know about Sunday’s clash at the Emirates:

The Gunners left it late on Wednesday night to see off Crystal Palace at Selhurst Park, with stoppage-time goals from Nicolas Pepe and Gabriel Martinelli handing them a vital win on their quest to secure European football, in what was their fourth successive league victory.

While their Europa League qualification hopes may have finally been ended following West Ham’s win over West Brom on the same evening, they head into the final day with a slim chance of finding themselves in Europe’s new third-tier competition next season, the Conference League.

Being left to scrap for seventh place – alongside Everton and north London rivals Tottenham – is far from the ideal scenario, yet Mikel Arteta can take solace from the fact that his side have been much improved since the turn of the year, with only Manchester City (57) and Manchester United (45) having picked up more points than his Arsenal side’s tally of 45 since Boxing Day.

In truth, the Spaniard will be left ruing a sticky pitch early on in the campaign, which saw them go on a seven-game winless run during November and early December, leaving them in the bottom half of the table.

They’ve no doubt improved since then, largely due to the form of the side’s young core, though there is no question that extensive recruitment will be needed this summer to try and bridge the gap and secure Champions League football for the first time since 2016/17.

As for this weekend, the Gunners could potentially welcome back defensive duo, Hector Bellerin and David Luiz, the latter of whom is set to leave the club at the end of the season.

While no longer fighting for their Premier League future, the Seagulls’ midweek performance wasn’t one of a side with nothing to play for, coming from behind to see-off recently crowned champions Manchester City at the Amex.

Graham Potter’s men had fallen behind inside two minutes through an Ilkay Gundogan header, yet were gifted a route back into the match after Joao Cancelo was dismissed for denying Danny Welbeck a clear goalscoring opportunity.

Although City would extend their lead just after half-time courtesy of a stunning solo effort from Phil Foden, the hosts hit back in fine fashion, Leandro Trossard with an equally as impressive strike, before Adam Webster headed home an equaliser.

With the man advantage, the home side then inflicted just a sixth league defeat of the season on their opponents, Dan Burn bundling home his first-ever top-flight goal to spark jubilant scenes among the returning home support.

Such a win will no doubt give the club confidence that they can push on next season and move away from the drop zone, although they are perhaps in need of a real out-and-out goalscorer to put away the multitude of chances that they far too often squander.

As for this weekend’s encounter, the south coast side will be without the in-form Welbeck, the striker set to miss the clash with his former club after limping off on Tuesday night. Fellow forward Neal Maupay is also unavailable through suspension.

It wasn’t the most thrilling encounter when the two sides last met, the Gunners just about edging what was a tightly-contested game at the Amex.

The home side no doubt had the best of the first half, yet saw both Alireza Jahanbakhsh and Alexis McAllister miss golden opportunities to take the lead after having been gifted possession by Mohamed Elneny in the centre of the park.

The visitors improved after the interval, yet wasted opportunities of their own, Pierre-Emerick Aubameyang seeing his close-range effort well saved by Robert Sanchez, before the Gabon international curled an effort narrowly wide of the post.

That spell of dominance did eventually bear fruit, however, as the impressive Bukayo Saka teed up substitute Alexandre Lacazette to fire home, the Frenchman having only been on the pitch for just 21 seconds.

UK and Irish readers can watch the match on Sky Sports