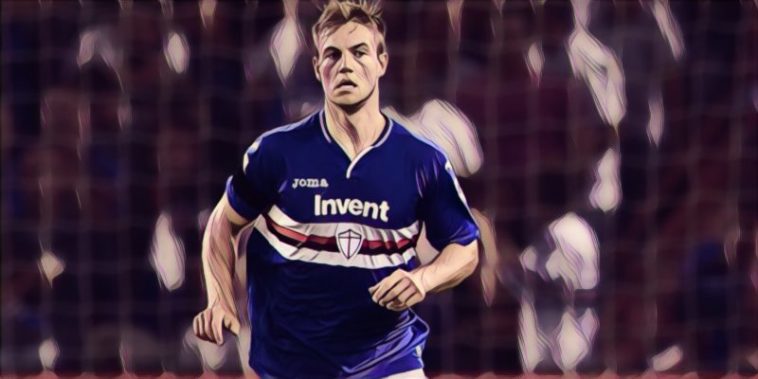 Sampdoria defender Joachim Andersen has fuelled speculation he could leave the club this summer by admitting ‘it could be time’ to move on.

Both Arsenal and Tottenham have been linked with a move for the Danish centre-back, who has impressed since joining the Serie A side from FC Twente in 2017.

The 23-year-old has now indicated he is ready to leave Sampdoria, by admitting he is ready to ‘further his career’ amid interest from clubs across Europe.

“It could be time for me to further my career,” he told Goal. “I have loved my time in Sampdoria – the fans, the president, the staff, the players, the city – but maybe it’s time to move on to develop further.

“There are a number of interested clubs from Europe’s biggest leagues who are discussing with my agent and I’ll be making a decision shortly together with my family and my agent.”

The North London duo are believed to face competition for Andersen from AC Milan, with ex-Sampdoria manager Marco Giampaolo said to be keen on taking the defender with him following his appointment at the San Siro.

Andersen admits any deal must benefit both him and the club, respectfully thanking Sampdoria for the opportunity they have provided him.

“It’s very important to me that Sampdoria can also benefit from an eventual transfer. It’s not all about me,” he said. “I have so much to thank this great club for. Without Sampdoria, I wouldn’t have had the opportunities I have had to this point.

“I think I have a pretty broad football education and I don’t see why I shouldn’t be able to adopt to most leagues – but I’m not saying it would be easy.”

Andersen also admitted that playing in Serie A has helped improve the defensive side of his game, believing his ‘football education’ in Denmark, Holland and Italy has seen him develop into an all-round defender.

“I have learned a lot,” he said of his Serie A experience. “I grew up in Denmark and Holland playing with a lot of possession. When I came to Italy, I learned a new part of the defending game, which added a new layer to my football education. But most importantly I haven’t forgotten how to play ball. That means I’m still comfortable in possession while I have developed as a defender.

“My position is good and of course I’m pretty tall [193cm], which gives me an advantage in the air. I’m not going to tell you what I had to work on – let the strikers see if they can find out themselves!”