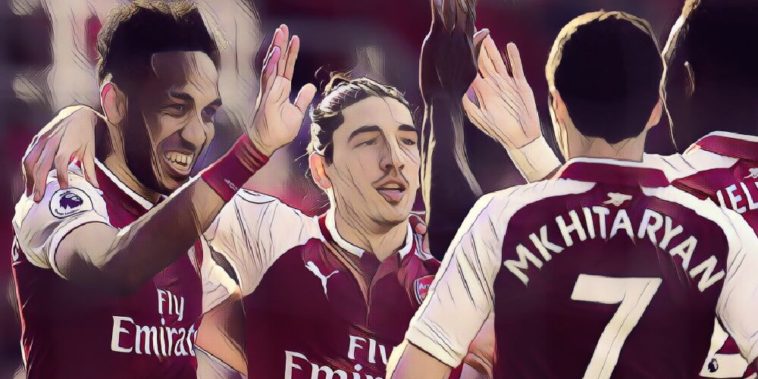 Arsenal ran out 5-0 winners against Burnley in Arsene Wenger’s 228th and final Premier League home match in charge of Arsenal at the Emirates. Here are five things we learned.

For the final time, at the Emirates, Arsenal played under Arsene Wenger. It was a decent performance against Burnley and Arsenal got the win they needed so that Wenger could finish on a high.

Both teams formed a guard of honour for Wenger before the match began and chants of “There’s Only One Arsene Wenger” rung out around the Emirates during the match. No matter what, Arsene Wenger will always be an Arsenal legend and this was a fitting finale for the great man.

A day of farewells

As well as Arsene Wenger leaving at the end of the season, there will also be other departures. Arsenal and Arsenal Women legend Vic Akers was at the Emirates for his final home game as was Per Mertesacker. Akers has been working for Arsenal since 1985.

He managed and founded Arsenal Ladies (now Arsenal Women) and now plays a crucial role in organising the kit for the Arsenal players. He will be sorely missed after such a long time at Arsenal Football Club.

Captain Per Mertesacker will retire at the end of the season to take charge of Arsenal’s academy. He came on for the final 15 minutes against Burnley and the Arsenal fans greeted him with warm applause.

Burnley can be proud of their season but not this performance

Sean Dyche’s Burnley have been superb for most of the season and have been rewarded for that with a place in the Europa League next season. However, they were not at the races against Arsenal.

Arsenal totally dominated the game and completely overran the Burnley defence, scoring five goals. The Clarets had just two shots on target during the 90 minutes and looked like spectators at Arsene Wenger’s farewell home match.

Lacazette and Aubameyang are in fine form

Having one striker who is scoring goals for fun is good but right now, Arsenal have two. Pierre-Emerick Aubameyang bagged a brace against Burnley and provided an assist. He became Arsenal’s first player to score six goals in his first seven Premier League home games.

Alexandre Lacazette also scored once and assisted Aubameyang’s first goal. This was the first time Lacazette had scored and assisted in the same game for Arsenal. Arsenal’s attacking players are firing on all cylinders and this bodes well for next season.

Arsenal perform when the pressure is off

5-0 is, of course, a great result. But it seems Arsenal have a very handy knack of winning when it doesn’t matter.

They are out of the Europa League and have no chance of finishing in the top four and this is when they produce one of their best performances of the season. Arsenal play some excellent football when there is nothing to play for.