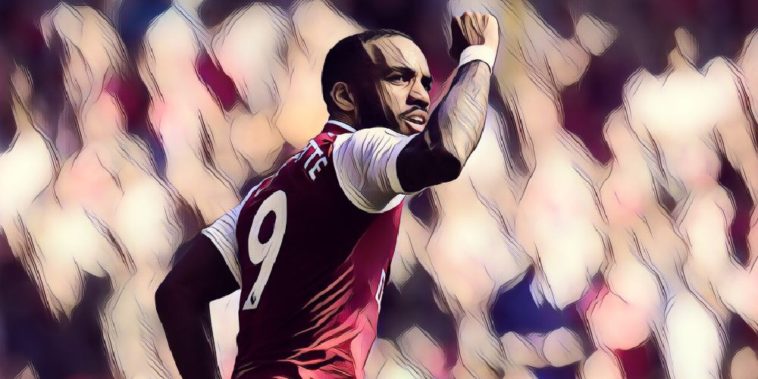 Arsenal were 4-1 winners against London rivals West Ham in their first match since Arsene Wenger announced he would be leaving at the end of the season. Here are five things we learned from the match.

With Arsene Wenger announcing his departure this week, Arsenal players took to social media to say they would do their utmost to end the season on a high. They certainly proved that against West Ham.

Arsenal started slowly and could have been behind early on with the Hammers easily getting through their weak defence. However, Wenger’s side eventually won 4-1 thanks to a strong second-half performance.

Iwobi needs some time away from Arsenal

For months on end, Alex Iwobi has been consistently below par.

His first touch is poor, he doesn’t add anything to attacks and most of the time he just looks lost. Arsene Wenger has stuck by him through thick and thin but another manager won’t be so kind. His days at Arsenal could be numbered because, quite frankly, he isn’t good enough.

Whether he is sent out on loan or sold, Arsenal is not the right place for Iwobi at this moment in time.

Arnautovic makes his mark once again

Marko Arnautovic is the talisman West Ham have been crying out for since Dimitri Payet left for Marseille. When the Hammers need him, he delivers. The Austria international has been directly involved in 14 goals in his last 16 appearances in the Premier League (10 goals and four assists). He has really flourished under David Moyes scoring 10 goals, more than any other West Ham player (4- Javier Hernandez).

Although he couldn’t help West Ham win against Arsenal, he put in a good performance, was a threat for most of the game and bullied Arsenal’s defence.

That’s what happens when Lacazette plays the full 90 minutes

Arsene Wenger’s most consistent substitution this season has been taking Lacazette off in the 70th minute. He didn’t do that today and Lacazette benefitted from remaining on the pitch.

Lacazette scored twice in the 82nd and 85th minute to seal the victory for the Gunners. With Atletico Madrid up next in the Europa League semi-final, Lacazette’s confidence should be sky high.

Arsenal must do all they can to keep Ramsey

Aaron Ramsey has had a decent season for Arsenal scoring seven Premier League goals, his best tally since the 2013/14 season when he scored 10. The Welshman has had a hand in more goals than any other Arsenal player in all competitions this season (19 – 11 goals and eight assists). Arsenal should go all out to make sure he remains at Arsenal beyond the current campaign.