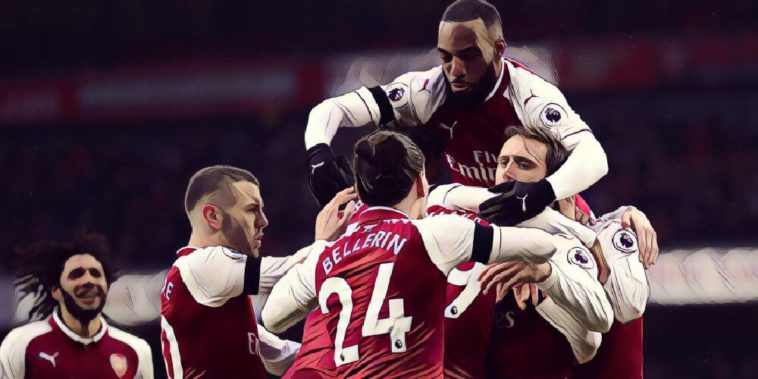 Arsenal showed that there will be life after Alexis Sanchez with a resounding 4-1 win against Crystal Palace, a game in which they had raced to a 4-0 lead inside the opening 20 minutes. Here are five things we learned.

Nacho Monreal, who hasn’t played for Arsenal since the 3-3 draw against Liverpool in December, slotted straight back into the side. In fact, he did better than that. Monreal scored Arsenal’s first goal five minutes in, then provided assists for Iwobi’s 10th-minute goal and Koscielny’s 13th-minute goal.

The Spaniard was forced off after 34 minutes but what an impact he made in his short time back on the pitch.

Before scoring against Crystal Palace, Lacazette was experiencing his longest goal drought since 2015. The club-record signing was without a goal since the 3-1 defeat against Manchester United at the start of December. This was Lacazette’s first goal in the Premier League 600 minutes after his last strike.

Lacazette’s goal also had the honour of being the 500th Premier League goal that has been scored for Arsenal by French players.

The last thing Crystal Palace needed was another injured player but that’s exactly what they got. Yohan Cabaye left the pitch on a stretcher just minutes before the match ended. With key players like Mamadou Sakho, Ruben Loftus-Cheek and Scott Dann already on the sidelines, Cabaye’s injury will come as another blow to Palace.

Arsenal started the match like a team on a mission and were 3-0 up after 13 minutes. This was the fastest a side has gone 3-0 up in the Premier League since the Gunners themselves at Newcastle in Febuary 2011 – Newcastle coming from 4-0 down to draw 4-4 in that game. Luckily for the Arsenal, Palace did not make a similar comeback.

The player who will be most unhappy with the 4-1 scoreline has to be Petr Cech. Arsenal have not kept a clean sheet since the 1-0 win over Newcastle in mid-December. Cech just needs one more clean sheet to make history and become the first Premier League goalkeeper to keep 200 clean sheets. The wait goes on.