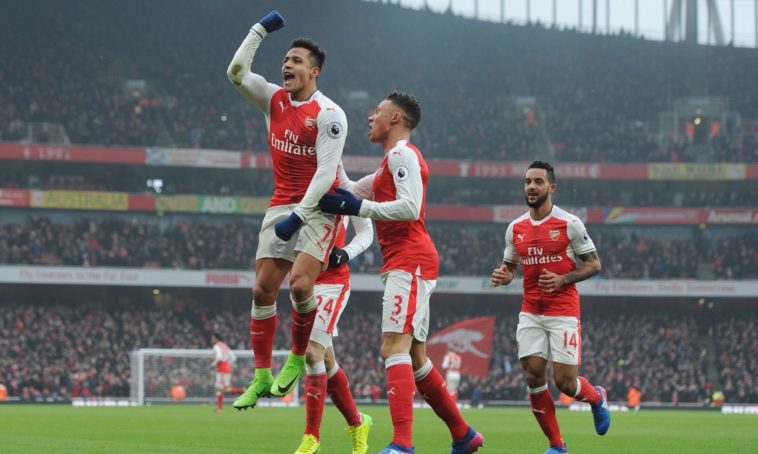 Arsenal beat Hull by a scoreline of 2-0 in Saturdays early Premier League game. Here are five things we learned from the game.

1. Arsenal are too wasteful

Arsene Wenger’s side always want to walk into the net and sometimes that’s just not possible. Hector Bellerin and Alexis Sanchez had very good chances in the opening 20 minutes that they failed to convert. Arsenal finally scored in the 34th minute but they should have been in the lead a lot sooner. Hull had chances of their own and it would have been a completely different game if they had taken them.

Arsenal were 2-0 winners but they were clinging on for dear life at some stages during the game.

2. Mesut Ozil is not at the top of his game

Without the ball, Mesut Ozil looks lost. He had another poor game against Hull. The German playmaker had a chance in the first half but he volleyed over from Alexis Sanchez’s cross.

Ozil seems to be seriously lacking in confidence and growing in frustration. After poor performances against Watford, Chelsea and now Hull, perhaps he should be dropped. However, Wenger doesn’t take him off when he is playing badly so the chance of not starting him at all are slim to none.

When he played in the central role against Southampton in the FA Cup, Oxlade-Chamberlain was fantastic.

He completed 89% of his passes in the first half against Hull, creating one chance. Oxlade-Chamberlain looked comfortable and confident as he controlled the midfield. He moved out wide when Elneny came on but the central midfield role might just be the one for him.

Alexis Sanchez’s goal in the first half came off his hand but since Mark Clattenburg and his assistants didn’t see it, the goal was given.

There was another contentious decision made by referee Mark Clattenburg. Kieran Gibbs was the last man and he fouled Lazar Marković but he was only given a yellow card. Hull had every right to feel hard done by as two game changing decisions went against them. After the game, Kieran Gibbs said: “Mark Clattenburg told me that is was a yellow because the ball was going away from goal.”

Arsenal were awarded a penalty in the dying minutes of the game after a handball from Sam Cluclas that prevented an Arsenal goal. He also received a red card. It just wasn’t Hull’s day.

5. Lazar Markovic could be a key player for Hull

Hull created chances and put Arsenal under pressure. Oumar Niasse and Lazar Markovic were a constant threat for Hull. Markovic is on loan at Hull from Liverpool and he put in a very impressive performance against Arsenal. Gibbs struggled to contain him and when Hull were on top, that was largely thanks to Markovic.

The Serbian winger seems revitalised at Hull and if he continues to put in performances like that, there might just be a way back for Lazar Markovic at Liverpool.

typical media, anyone with a brain knows that the sanchez goal wasn’t a handball. Howard webb has even explained clearly why it wasn’t… but never miss an excuse to belittle arsenal, right? I mean 3 of the 5 points are negative about arsenal, who i’ll remind you won 2-0.

Thanks for you comment, by the way, the writer is an Arsenal fan ?