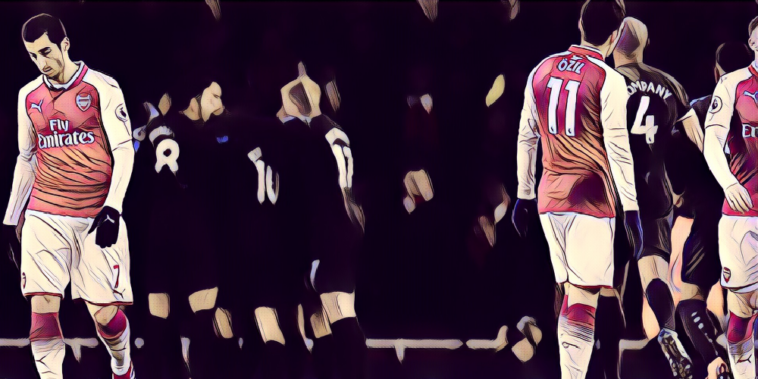 For the second time in five days, Manchester City strolled to a 3-0 victory against Arsenal. Here are five things we learned.

Three is the magic number for Man City

Manchester City became the first side to beat Arsenal three times in the same season since Chelsea in 2005-06. All three wins came at different venues as Man City overcame Arsenal at the Etihad, Wembley and the Emirates. This is also the first Man City have done the league double over Arsenal since 1975-76.

Arsenal started the game well and briefly, gave fans hope that this would be a better performance than Sunday. Those hopes were soon a thing of the past as Man City went 1-0 up and Arsenal crumbled. Arsenal were 3-0 down at half-time, conceding three goals in the first half of a Premier League home for the first time ever.

The Gunners travel to the Amex Stadium to face Brighton on Sunday. If this season’s away performances are anything to by, Arsenal don’t stand a chance.

Since joining Arsenal, Petr Cech has failed to save all 15 penalties he has faced. Ederson saved Pierre-Emerick Aubameyang’s penalty against Arsenal and also saved a penalty from Crystal Palace’s Luka Milivojevic. The Brazilian keeper has faced two penalties in the Premier League and saved them both. Cech should be asking him for tips.

Clean sheets are a thing of the past at Arsenal

The Gunners have now failed to keep a clean sheet for the past ten Premier League games. The last time they went 10 games without a clean sheet was in February 2002. Former defender Steve Bould, who is Arsenal’s assistant manager, clearly isn’t allowed to do any defensive training with the squad.

Leroy Sane was good last season but like most of the Man City players, he has come on leaps and bounds under Pep Guardiola. The German winger scored and provided an assist against Arsenal as Man City strolled to victory yet again.