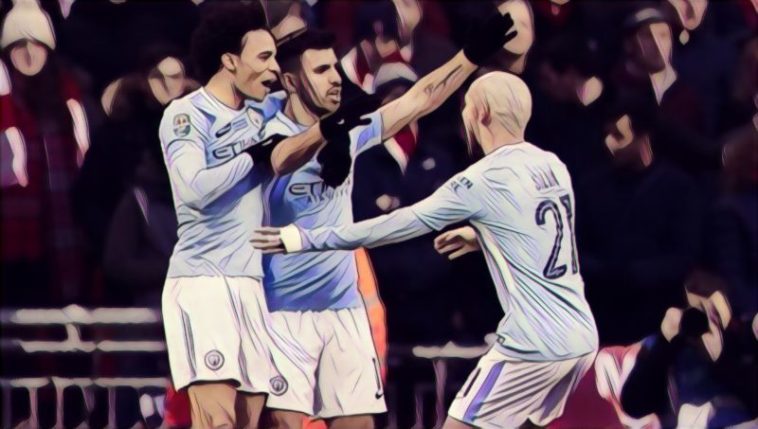 Pep Guardiola won his first trophy as Manchester City manager as his side beat Arsenal 3-0 at Wembley. Here are five things we learned.

Sergio Aguero has been in fine form lately and he showed that against Arsenal with a cheeky chip finish. The Argentine striker has scored in each of his last five games in all competitions against Arsenal; against no other side has he netted in more successive appearances for Manchester City. There’s no doubt that Aguero is world-class and he’s now on 199 goals for Man City.

Mustafi needs to bulk up

Claudio Bravo provided the assist for Sergio Aguero’s opener which tells you all you need to know about Arsenal’s defending. Shkodran Mustafi was caught out by Bravo’s long ball and easily nudged off the ball by Aguero who proceeded to chip David Ospina.

Mustafi made the big mistake of waiting for the foul (which didn’t come) instead of defending and it didn’t pay off. He had the audacity to complain about the nudge but that had to be out of embarrassment.

Guardiola’s Man City side barely broke a sweat against Arsenal. They didn’t have to. A very comfortable 3-0 win for Man City gave Guardiola his first trophy as Man City boss. It certainly won’t be his last this season with Man City 13 points clear at the top of the Premier League.

The League Cup remains the only English top-flight trophy that Arsene Wenger has failed to win. He has been in the League Cup final three times and lost all three. The first defeat was against Chelsea in 2007, then against Birmingham in 2011 and now against Manchester City in 2018. Some things are just not meant to be.

When Man City needed Vincent Kompany, he delivered. The Man City captain showed Mustafi how to defend when he muscled Pierre-Emerick Aubameyang off the ball and he scored the all-important second goal to put the match to bed. This was the first time, in 17 appearances, that Kompany had been directly involved in a goal against Arsenal. Good things come to those who wait.