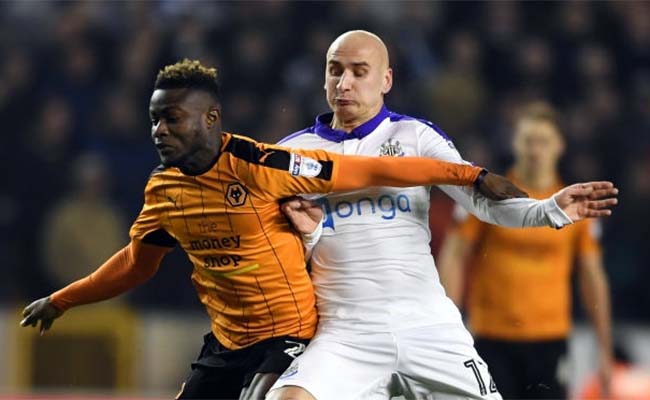 With Newcastle’s Premier League campaign just around the corner, many fans have been crying out to see more signings from the club, marquee signings look unlikely which begs the question: Are Newcastle United ready for the upcoming campaign?

This is the second part of a two-part article so if you haven’t checked out the first section, read it here:

This time around we will be looking at Newcastle from an attacking aspect starting with:

This is one of two positions where I think Newcastle really need to build on to have a successful campaign, Jonjo Shelvey is Newcastle’s main playmaker. However, Shelvey prefers to operate from a deeper position, meaning Newcastle need a number 10 to pull the strings from further forward.

Diame is incapable of doing that and is probably more of a box-to-box midfielder in a three man centre midfield. This means that either Ayoze Perez or Siem De Jong with have to be NUFC’s number 10, De Jong has struggled to keep fit since joining the club and Ayoze hasn’t played at a good level consistently since his first season at the club. This leaves the Geordies very short in the position and requires the wingers, full backs and Shelvey to do the majority of the creative work and as demonstrated last season, Newcastle struggle when Shelvey is injured.

Personally, I’m a big fan of all four of these players. However, I’ll be the first to admit that Atsu and Murphy will need to up their games from last season if they wish to nail down a place in our starting XI. Ritchie might not have the pace of his team-mates but at times his final ball is as good as any. He also provides the lightning quick DeAndre Yedlin with defensive support and ensures that our right-side is formidable in defense and attack.

This leaves the other three to fight it out over the left wing, Aarons on his day looks like he could be a star in the making. However, his long-term injuries have hindered any short-term progress. Newcastle will be under the hammer against many opponents next season and will need to rely on the counter-attack at times, I feel a combination of Ritchie and any of the other three could do wonders for Newcastle next season.

The one position every Newcastle fan agrees on. WE NEED A STRIKER! Plain and simple, Gayle is good enough for the Premier League. I’d imagine if he stays fit, he’ll grab ten goals for us this season. However, as a back-up, you need a player that’s going to come off the bench, change the game and get at least five from the bench. (Even more, if Gayle gets injured)

Questions need to be asked whether Mitrovic can do this and unfortunately, in a one striker system I just can’t see Mitrovic being successful this season. Mitrovic reminds me of a 2002 Heskey, never prolific enough to be a sole-striker but with a talented striker alongside him, he could be good.

Is a two-up top system our best option? No, because let’s be honest Benitez would’ve started playing it by now if it was. At the end of the day, Mitrovic isn’t ready to be a backup Premier League striker this season and therefore, we need additions up front.