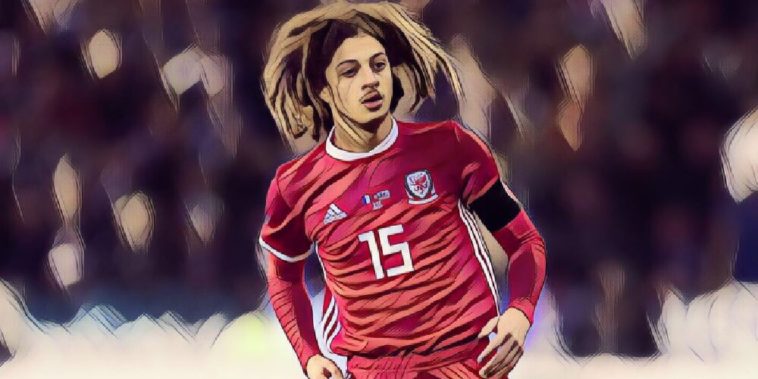 Chelsea youngster Ethan Ampadu has said he hopes to impress manager Maurizio Sarri with the aim of ultimately breaking into the first team at Stamford Bridge.

Despite not featuring for Chelsea this season, Ampadu was named as a starter in Ryan Giggs’ first competitive game as Wales manager, putting in an impressive performance in the heart of  Country’s midfield.

Chelsea have long suffered in getting their abundance of talent from their youth system to progress into the first team, but having made four appearances for the Blues last season, Ampadu seems to have the best opportunity of bucking that trend.

His performance in the 4-1 win over Ireland on Thursday night in the UEFA Nations League earned him rave reviews from onlookers, and now the 17-year-old has said that he is while he is slightly frustrated at a lack of opportunities at the club, he is focussed on continuing to improve in the hope of catching Maurizio Sarri’s eye.

“You could say there’s been frustration on one hand, but at the same time I’m getting experience training with the players,” said Ampadu following Wales’ UEFA Nations League victory.

“I want to show the manager what I can do.”