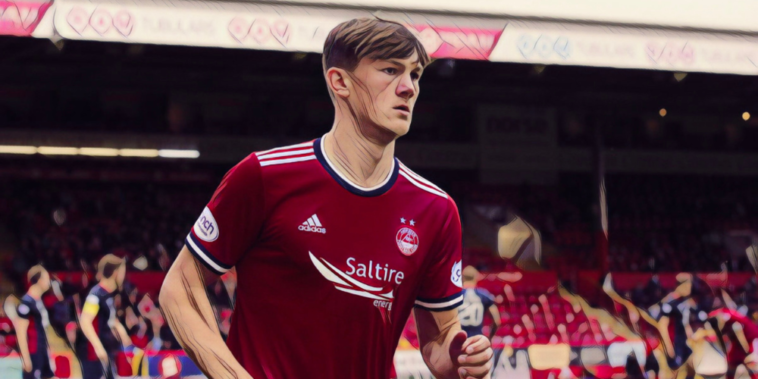 Aberdeen are reported to be playing ‘hardball’ with Liverpool over the sale of Calvin Ramsay as the Reds look to agree a deal for the teenage defender.

Liverpool are interested in a deal to sign the 18-year-old right-back and had hoped to conclude his signing for a fee of around £4m, but Aberdeen are holding out for significantly more amid interest from rival clubs.

The Mail are reporting that the Scottish Premiership side are demanding an initial figure of £5m, with the total package rising to £8.5m with add-ons.

Bologna are also considering a move, given interest in Aaron Hickey from Premier League clubs including Brentford and Aston Villa.

Hickey signed for the Italian side from Hearts in 2020 and has since impressed in Serie A, breaking into the senior Scotland side.

Ramsay is viewed as a potential replacement and was named as the SFWA Young Player of the Year for 2021/22, after a breakthrough season at Aberdeen in which the full-back made 33 appearances and provided nine assists across all competitions.

Should a deal be agreed between Aberdeen and Liverpool, his arrival could pave the way for Neco Williams to leave Anfield with the right-back having spent the second half of last season on loan at Fulham.

The Cottagers and fellow promoted side Nottingham Forest are believed to be interested in signing the Wales international, with the latter seeking a replacement for Djed Spence.