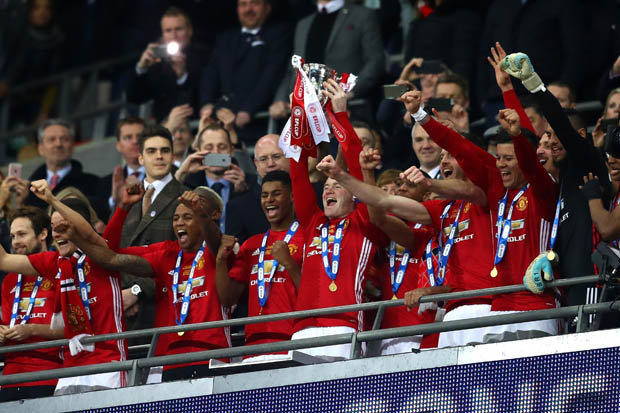 Southampton started the game like a team who had 2 weeks without a game and were much fresher than United who have had a crowded schedule.

Against the run of play

Manchester United looked to be struggling to deal with the pressure from Southampton but a stupid foul on Ander Herrera by Orieol Romeu gave United a free kick 30 yards from goal. United’s ‘Swedish Hero’ Zlatan Ibrahimovic stepped up and powerfully placed into the bottom left corner of the goal to give United an somewhat undeserved lead.

United ventured forward for the first time since their goal which saw a neat passing move find Jesse Lingard in the box who passed the ball into the net to score again at Wembley and give United a 2-0 lead.

Saints get back in it

Southampton could have been disheartened after playing so well, but they continued to push forward and got their reward.

Another one of those crosses founces Manolo Gabbiadini who made a clever run to flick the ball into the net to make it 2-1 at half time.

The second half started in the same manner as the first half with Southampton swarming all over United. Southampton were soon level with that man Gabbiadini scoring with a genius first time finish in the box from the second phase of a corner. Southampton were bouncing whilst United were rocking. The defending from Chris Smalling in the game was pretty horrific as the stand in captain looked like he was chasing his own shadow all game.

Jose Mourinho’s team showed incredible grit and determination not to cave in as other sides might do. With this team you know they will fight till the end, the way United should. 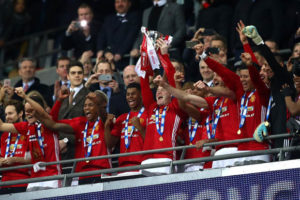 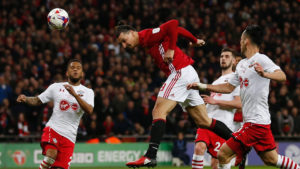 One second half moment of defensive naivety from Southampton saw the tower of power that is Zlatan Ibrahimovic in tones of space to head home Ander Herrera’s cross to win the EFL Cup for Manchester United. In typical Zlatan style he owned Wembley and the final was his final as he gave Jose Mourinho his first Manchester United trophy.